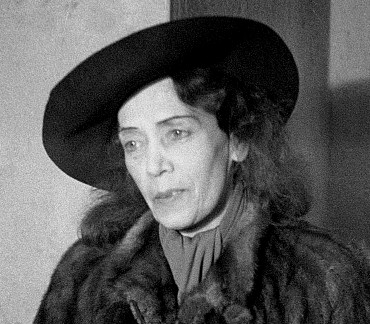 "Mary Wigman, born Karoline Sophie Marie Wiegmann, was a German dancer and choreographer, notable as the pioneer of expressionist dance, dance therapy, and movement training without pointe shoes. She is considered one of the most important figures in the history of modern dance. She became one of the most iconic figures of Weimar German culture and her work was hailed for bringing the deepest of existential experiences to the stage. Wigman gave her first public performance in Munich in February 1914, performing two of her own dances, including one called ""Lento"" and the first version of ""Hexentanz"" (""Witch Dance""), which later became one of her most important works."