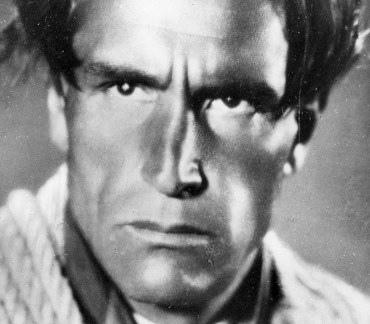 "Luis Trenker, born Alois Franz Trenker, was a South Tyrolean film producer, director, writer, actor, architect, alpinist, and bobsledder. He wrote 23 books based on his experiences in World War I, the most important of which were ""Fort Rocca Alta"" and ""Berge in Flammen"", the latter of which was made into the 1931 film ""Mountains on Fire"". In 1932 Trenker created an historical film ""The Rebel"", wherein a Tyrolean mountaineer leads a revolt against occupying French forces. The main theme of Trenker's work was the idealization of peoples’ connection with their homeland and pointing out the decadence of city life (most clearly visible in his 1934 film ""Der verlorene Sohn"" (""The Prodigal Son"")."