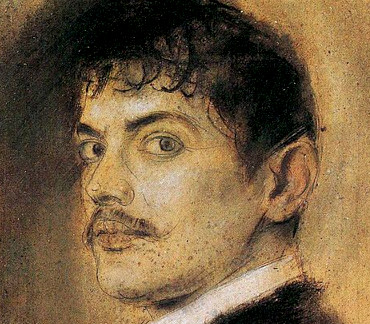 "Franz Stuck, from 1906 Franz Ritter von Stuck, was a German painter, sculptor, printmaker, and architect. In 1892 Stuck co-founded the Munich Secession, and also executed his first sculpture, ""Athlete"". The next year he won further acclaim with the critical and public success of what is now his best known work, the painting ""The Sin"". Stuck's subject matter was primarily from mythology, inspired by the work of Arnold Böcklin. Large forms dominate most of his paintings and indicate his proclivities for sculpture. His seductive female nudes are a prime example of popular Symbolist content, for example the painting ""The Struggle for Woman""."