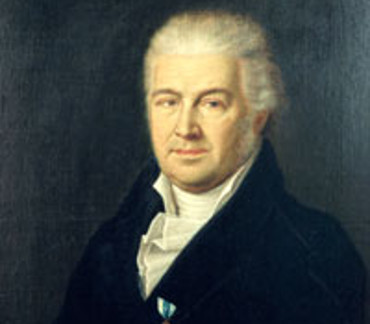 Soemmering was a German physician, anatomist, anthropologist, paleontologist and inventor. Sömmerring discovered the macula in the retina of the human eye. His investigations on the brain and the nervous system, on the sensory organs, on the embryo and its malformations, on the structure of the lungs, etc., made him one of the most important German anatomists. In addition, Sömmerring was a very creative inventor, having designed a telescope for astronomical observations and an electrical telegraph in 1809. He worked on the refinement of wines, sunspots and many diverse other things. In 1811 he developed the first telegraphic system in Bavaria.