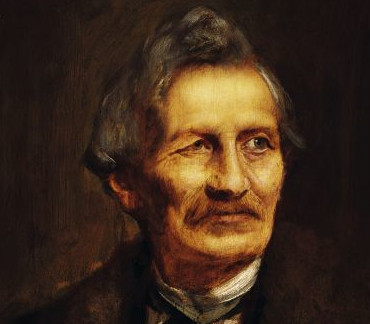 "Gottfried Semper was a German architect, art critic, and professor of architecture, who designed and built the Semper Opera House in Dresden between 1838 and 1841.Semper wrote extensively about the origins of architecture, especially in his book ""The Four Elements of Architecture"" from 1851, and he was one of the major figures in the controversy surrounding the polychrome architectural style of ancient Greece. Semper designed works at all scales, from major urban interventions like the re-design of the Ringstraße in Vienna, to a baton for Richard Wagner. His unrealised design for an opera house in Munich was, without permission, adapted by Wagner for the Bayreuth Festspielhaus."