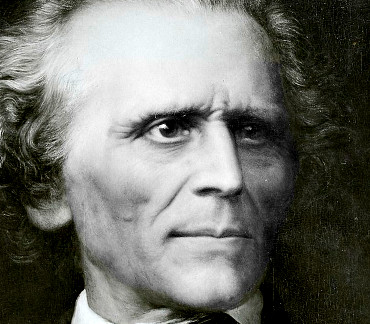 "Julius Schnorr von Carolsfeld was a German painter, chiefly of Biblical subjects. As a young man he associated with the painters of the Nazarene movement who revived the florid Renaissance style in religious art. He is remembered for his extensive ""Picture Bible"", and his designs for stained glass windows in cathedrals. In 1825 he entered the service of Ludwig I of Bavaria, and transplanted to Germany the art of wall-painting which he had learned in Italy.His ""Picture Bible"" was published in Leipzig in 30 parts in 1852–60, and an English edition followed in 1861. His style differs from the simplicity and severity of earlier times, exhibiting instead the floridity of the later Renaissance."