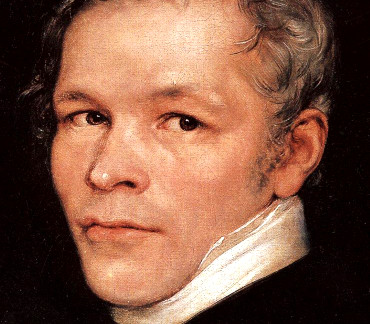 Karl Friedrich Schinkel was a Prussian architect, city planner, and painter who also designed furniture and stage sets. Schinkel was one of the most prominent architects of Germany and designed both neoclassical and neogothic buildings. After Napoleon's defeat, Schinkel oversaw the Prussian Building Commission, responsible for reshaping the still relatively unspectacular city of Berlin into a representative capital for Prussia. His most famous extant buildings include the Neue Wache (1816–1818), the National Monument for the Liberation Wars (1818–1821), the Schauspielhaus (1819–1821) and the Altes Museum on Museum Island (1823–1830).