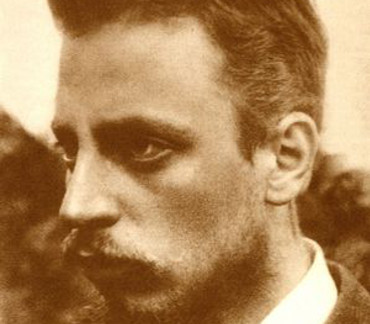 Rilke was a Bohemian-Austrian poet and novelist, „widely recognized as one of the most lyrically intense German-language poets“, writing in both verse and highly lyrical prose. Several critics have described Rilke's work as inherently „mystical“. His writings include one novel, several collections of poetry, and several volumes of correspondence in which he invokes haunting images that focus on the difficulty of communion with the ineffable in an age of disbelief, solitude, and profound anxiety. These deeply existential themes tend to position him as a transitional figure between the traditional and the modernist writers.