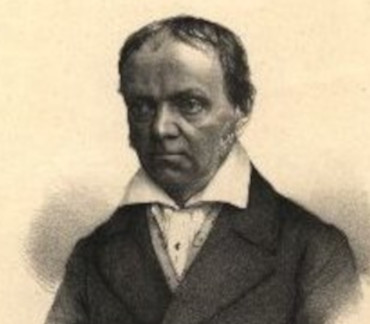 "Martin Ohm was a German mathematician and a younger brother of physicist Georg Ohm. He earned his doctorate in 1811 at Friedrich-Alexander-University, Erlangen-Nuremberg where his advisor was Karl Christian von Langsdorf. In 1817, he was appointed professor of mathematics and physics in the gymnasium at Thorn. In 1821 he moved to Berlin, and in 1839 became a full professor in the University of Berlin. The 1835 second edition of Ohm's textbook, ""Die reine Elementar Mathematik"" was the first time that Euclid's ""extreme and mean ratio"" was given the name of the ""golden section"" (""Goldener Schnitt"")."