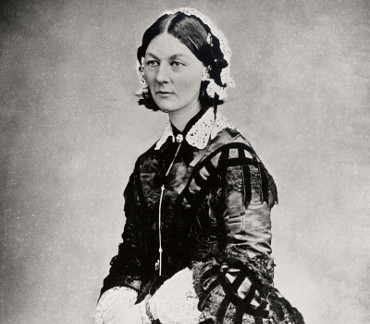 "Florence Nightingale was a celebrated English social reformer and statistician, and the founder of modern nursing. She came to prominence while serving as a manager of nurses trained by her during the Crimean War, where she organised the tending to wounded soldiers. She gave nursing a highly favourable reputation and became an icon of Victorian culture, especially in the persona of ""The Lady with the Lamp"" making rounds of wounded soldiers at night. In 1860, Nightingale laid the foundation of professional nursing with the establishment of her nursing school at St Thomas' Hospital in London. It was the first secular nursing school in the world."