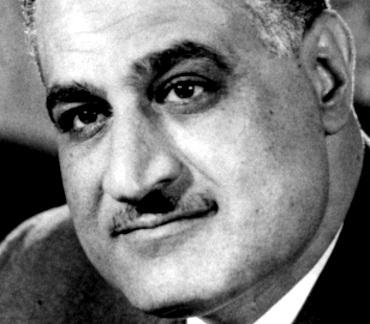 Gamal Abdel Nasser Hussein was the second President of Egypt, serving from 1954 until his death in 1970. Nasser led the 1952 overthrow of the monarchy and was formally elected president in 1956. His popularity in Egypt and the Arab world skyrocketed after his nationalization of the Suez Canal and his political victory in the subsequent Suez Crisis. Calls for pan-Arab unity under his leadership increased, culminating with the formation of the United Arab Republic with Syria. Following Egypt's defeat by Israel in the 1967 Six-Day War, Nasser resigned, but returned to office after popular demonstrations called for his reinstatement. His funeral in Cairo drew five million mourners.