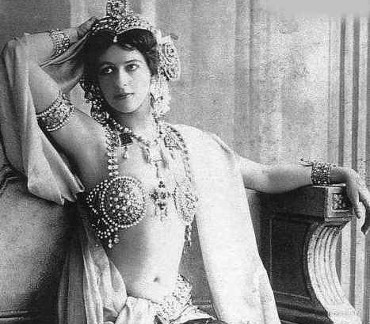 Mata Hari, was a Frisian exotic dancer and courtesan who was convicted of being a spy and executed by firing squad in France under charges of espionage for Germany during World War I. The idea of an exotic dancer working as a lethal double agent using her powers of seduction to extract military secrets from her many lovers made Mata Hari an enduring archetype of the femme fatale. Her life inspired at least three films, and a stage musical; moreover, her moving life story was freely adapted in numerous productions or projects of art, film, music, entertainment and trash.