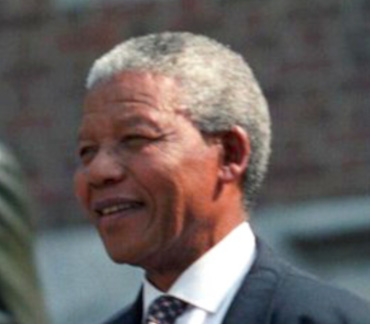 Nelson Rolihlahla Mandela was a South African anti-apartheid revolutionary and the country's first black head of state and the first elected in a fully representative democratic election. After the National Party's white-only government established apartheid, Mandela and the African National Congress committed themselves to its overthrow. He was arrested in 1962 and served 27 years in prison. After his release in 1990 Mandela and President de Klerk led efforts to negotiate an end to apartheid, resulting in the 1994 multiracial general election in which Mandela led the ANC to victory and became president. Regarded as an icon of democracy and social justice, he received more than 250 honours.