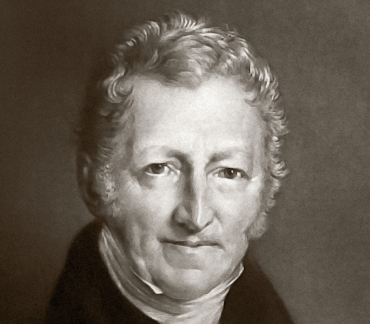 Malthus’s Essay on the Principle of Population observed that sooner or later population will be checked by famine and disease, leading to what is known as a Malthusian catastrophe. Malthus placed the longer-term stability of the economy above short-term expediency. He criticized the Poor Laws, and (alone among important contemporary economists) supported the Corn Laws, which introduced a system of taxes on British imports of wheat. His views became influential, and controversial, across economic, political, social and scientific thought. Pioneers of evolutionary biology read him, notably Charles Darwin and Alfred Russel Wallace.