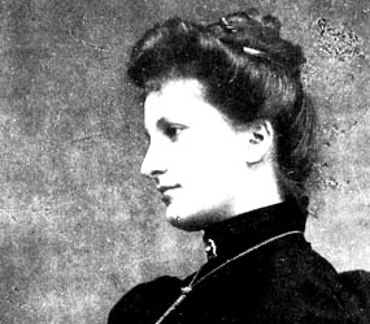 Alma Mahler Gropius Werfel was a Viennese-born socialite. She became the wife, successively, of composer Gustav Mahler, architect Walter Gropius, and novelist Franz Werfel, as well as the consort of several other prominent men. Musically active from her teens, she was the composer of at least seventeen songs for voice and piano. In later years her salon became part of the artistic scene, first in Vienna, then in Los Angeles. Alma's social interactions in her youth included friendships with the artists of the Vienna Secession, among them Gustav Klimt. As a young woman she had a series of flirtations, including Klimt, painter Oskar Kokoschka and composer Alexander von Zemlinsky.