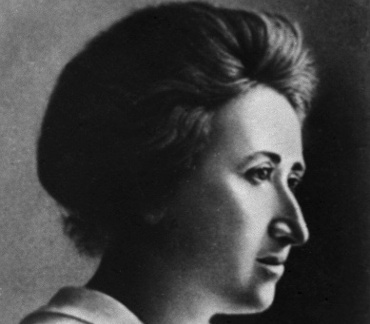 "In 1915, after the SPD supported German involvement in World War I, she and Karl Liebknecht co-founded the anti-war Spartakusbund (""Spartacus League""), which eventually became the Communist Party of Germany (KPD). During the November Revolution she co-founded the newspaper Die Rote Fahne (""The Red Flag""), the central organ of the Spartacist movement. With the crushing of the Spartacist uprising of January 1919 by Friedrich Ebert's Majority Social Democratic government who sent in the Freikorps to crush the Spartakusbund, Freikorps troops captured Luxemburg, Liebknecht and some of their supporters. Luxemburg was shot and her body thrown in the Landwehr Canal in Berlin."