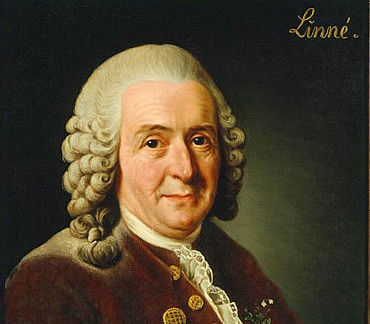 Carl Linnaeus laid the foundations for the modern biological naming scheme of binomial nomenclature. He is known as the father of modern taxonomy, and is also considered one of the fathers of modern ecology. Many of his writings were in Latin, and his name is rendered in Latin as Carolus Linnæus (after 1761 Carolus a Linné). In the 1740s, he was sent on several journeys through Sweden to find and classify plants and animals. In the 1750s and '60s, he continued to collect and classify animals, plants, and minerals, and published several volumes. At the time of his death, he was one of the most acclaimed scientists in Europe.