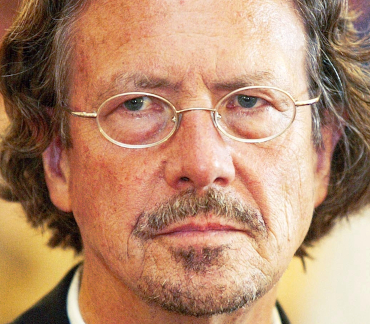 "Peter Handke is a Nobel laureate novelist, playwright, translator, poet, film director, and screenwriter from Austria. Handke was awarded the Nobel Prize in Literature in 2019. In the late 1960s, he was recognized for the play ""Publikumsbeschimpfung"" (""Offending the Audience"") and the novel ""Die Angst des Tormanns beim Elfmeter"" (""The Goalie's Anxiety at the Penalty Kick""). Prompted by his mother's suicide in 1971, he reflected her life in the novel ""Wunschloses Unglück"" (""A Sorrow Beyond Dreams""). Handke was a member of the Grazer Gruppe (an association of authors) and the Grazer Autorenversammlung, and co-founded the Verlag der Autoren publishing house in Frankfurt."