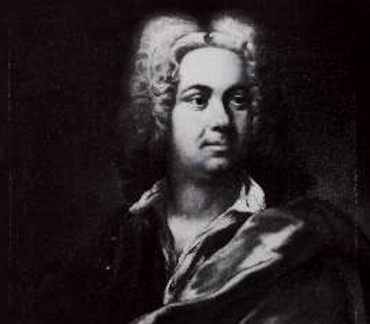 "Daniel Gran was the son of a cook at the court of Emperor Leopold I, among his ancestors were glass painters. In the beginning of his career he was sponsored by the Schwarzenberg House, which financed his trip to Italy. There he studied with Sebastiano Ricci in Venice and Francesco Solimena in Naples. The Imperial court was also among his sponsors, granting Gran the title of a court painter in 1727. The frescoes in the state hall of the Vienna Court Library (1727-1730), today's National Library, are considered Gran's principal work. Towards the end of his career, the ""baroque"" elements of his painting are less and less prominent. Gran is therefore considered a pioneer of classicism in Austria."