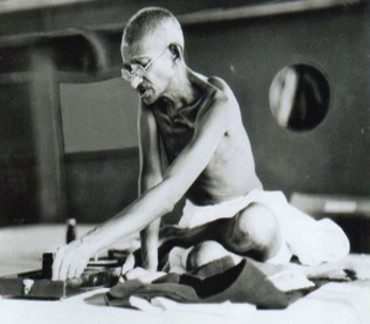 leader of India during the Indian independence movement, 1869-1948

Gandhi was the preeminent leader of the Indian independence movement in British-ruled India. Employing nonviolent civil disobedience, Gandhi led India to independence and inspired movements for civil rights and freedom across the world. On 30 January 1948, a Hindu nationalist, assassinated Gandhi on 30 January 1948 by firing three bullets into his chest at point-blank range. Indians widely describe Gandhi as the father of the nation. His birthday, 2 October, is commemorated as Gandhi Jayanti, a national holiday, and world-wide as the International Day of Nonviolence.