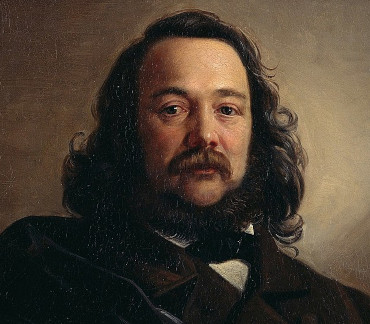 "Facing political repression, Freiligrath' poems became even more political. In his ""Glaubensbekenntnis"" (Confession of Faith) he placed his poetic gifts at the service of the democratic agitation. He worked for the ""Neue Rheinische Zeitung"", whose general editor was Karl Marx. The publishing of his ""Die Toten an die Lebenden"" (The Dead to the Living) led to his arrest. As he became an object of constant suspicion, he left Germany for London. His translations of English poets kept up his popularity in Germany, where he returned to after an amnesty. Liszt took up Freiligrath's poem ""O lieb, so lang du lieben kannst"" for his most famous piano piece ""Liebesträume"" No. 3."