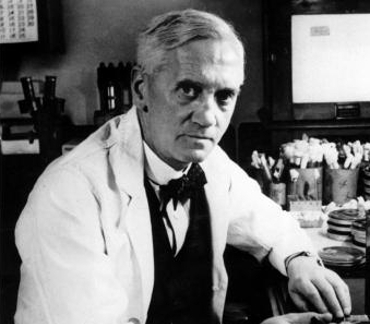 His best-known discoveries are the enzyme lysozyme in 1923 and the antibiotic substance benzylpenicillin (Penicillin G) from the mould Penicillium notatum in 1928, for which he shared the Nobel Prize in Physiology or Medicine in 1945 with Howard Florey and Ernst Boris Chain. His discovery of penicillin had changed the world of modern medicine by introducing the age of useful antibiotics; penicillin has saved, and is still saving, millions of people around the world. The laboratory at St Mary's Hospital where Fleming discovered penicillin is home to the Fleming Museum, a popular London attraction.