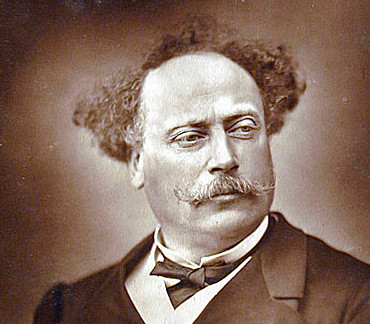 "Dumas was the son of Alexandre Dumas père, also a well-known playwright and author of classic works such as ""The Three Musketeers"". He received the best education possible at the Institution Goubaux and the Collège Bourbon. At that time, the law allowed the elder Dumas to take the illegitimate, but legally recognized, child away from his mother. Her agony inspired the younger Dumas to write about tragic female characters. He became best known for the romantic novel ""La Dame aux Camélias"" (The Lady of the Camellias), published in 1848, which was adapted into Giuseppe Verdi's opera ""La traviata"" (The Fallen Woman). Dumas fils was admitted to the Académie française (French Academy) in 1874."