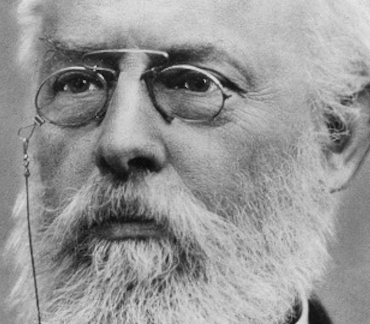 "Konrad Duden founded the well-known German language dictionary bearing his name Duden. He studied history, Germanistics, and classical philology at Bonn. There he joined the ""Wingolfsbund"" student organization and took part in the political activities of the student societies during the revolutionary year 1848. After working as a home tutor for several years, he became director of the Royal Gymnasium in Hersfeld. There he published his most important work, the ""Complete Orthographic Dictionary of the German Language"" (Vollständiges Orthographisches Wörterbuch der deutschen Sprache). During his entire life he strove toward the unification and simplification of the German orthography."