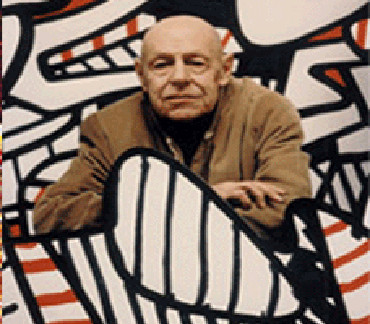 Dubuffet is perhaps best known for founding the art movement Art Brut, and for the collection of works – Collection de l'art brut – that this movement spawned. He enjoyed a prolific art career, both in France and in America, and was featured in many exhibitions throughout his lifetime. Dubuffet's art primarily features the resourceful exploitation of unorthodox materials. Many of Dubuffet's works are painted in oil paint using an impasto thickened by materials such as sand, tar and straw, giving the work an unusually textured surface. Dubuffet was the first artist to use this type of thickened paste, called bitumen