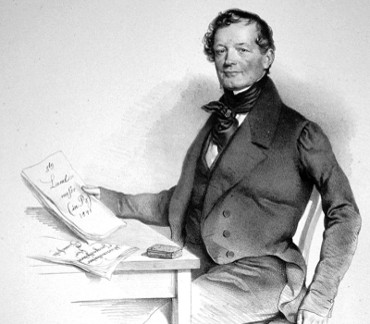 "Best known in his time as a publisher, he is most familiar today as the composer of the waltz on which Ludwig van Beethoven wrote his set of thirty-three Diabelli Variations. It was Diabelli who first recognized the composer's potential, become the very first to publish Schubert's work with ""Der Erlkönig"" in 1821. Diabelli produced a number of well known works as a composer, including an operetta, several masses and songs and numerous piano and classical guitar pieces. Among these are pieces for piano four hands that are popular among pianists of all ages. His music goes on to be the fundamentals of opera, and is considered by some to have set the fundamental stepping stones for classic jazz."