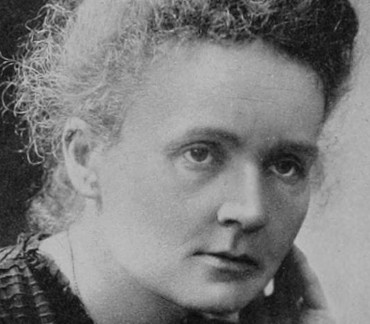 Polish and naturalized-French physicist and chemist, 1867-1934

"In 1891, Marie Skłodowska Curie followed her older sister to study in Paris, where she earned her higher degrees and conducted her subsequent scientific work. She was the first woman the first woman to become a professor at the University of Paris. She shared the 1903 Nobel Prize in Physics with her husband Pierre Curie and physicist Henri Becquerel. She won the 1911 Nobel Prize in Chemistry. Her achievements include the development of the theory of ""radioactivity"" (a term she coined), techniques for isolating radioactive isotopes, and the discovery of two elements, polonium and radium. She never lost her sense of Polish identity."