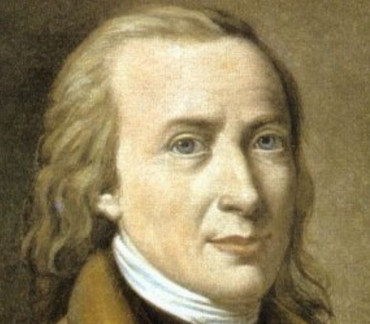 "Known by his pen name of ""Asmus"", Claudius studied at Jena. He spent the greater part of his life in the town of Wandsbeck, where he earned his first literary reputation by editing a newspaper called ""Der Wandsbecker Bote"" (The Wandsbeck Messenger), in which he published a large number of prose essays and poems. They were written in pure and simple German, and appealed to the popular taste; in many there was a vein of extravagant humour or even burlesque, while others were full of quiet meditation and solemn sentiment. In his later days Claudius became strongly pietistic. Well known is Claudius' poem ""Abendlied"" (""Evening Song""), aka ""Der Mond ist aufgegangen"" (""The moon has risen"")."