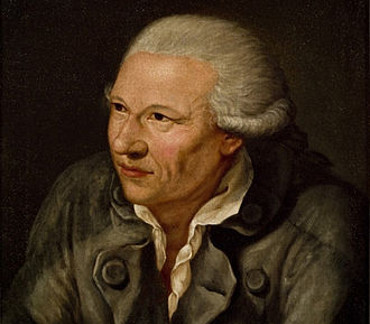 "Daniel Chodowiecki was a Polish - German painter and printmaker with Huguenot ancestry, who is most famous as an etcher. In printmaking, he is credited with the invention of the deliberate remarque, a small sketch on a plate, lying outside the main image. These were originally little sketches or doodles by artists, not really meant to be seen, but Chodowiecki turned them into ""bonus items"" for collectors. One of his most popular books is ""Journey from Berlin to Danzig"" (German: ""Die Reise von Berlin nach Danzig"", 1773) with many illustrations."