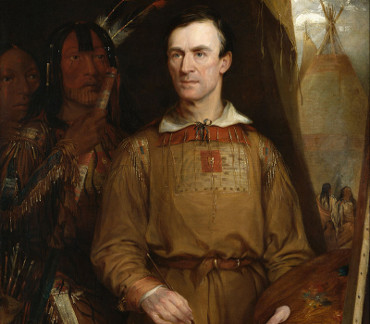 George Catlin was an American painter, author, and traveler who specialized in portraits of Native Americans in the Old West. Travelling to the American West five times during the 1830s, Catlin was the first white man to depict Plains Indians in their native territory. Following a brief career as an attorney, Catlin produced two major collections of paintings of American Indians and published a series of books chronicling his travels among the native peoples of North, Central, and South America.