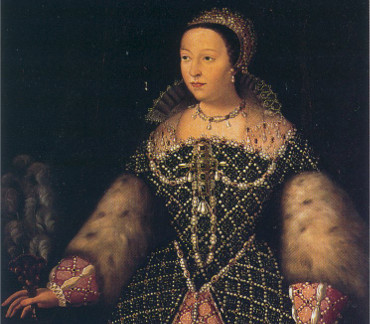 Catherine de' Medici was the wife of King Henry II. Henry's death thrust Catherine into the political arena as mother of the frail fifteen-year-old King Francis II. When he died in 1560, she became regent on behalf of her ten-year-old son King Charles IX and was granted sweeping powers. After Charles died in 1574, Catherine played a key role in the reign of her third son, Henry III. She was blamed for the excessive persecutions carried out under her sons' rule, in particular for the St. Bartholomew's Day massacre of 1572, in which thousands of Huguenots were killed in Paris and throughout France.