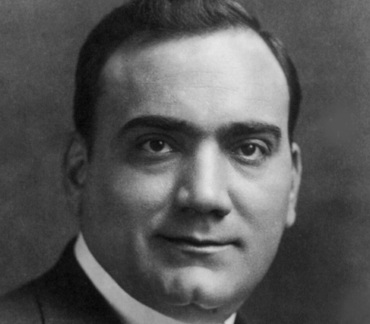 "Caruso was encouraged in his early musical ambitions by his mother, who died in 1888. To raise cash for his family, he found work as a street singer in Naples. At the age of 22, he made his professional stage debut at the Teatro Nuovo in Naples in the now-forgotten opera, ""L'Amico Francesco"". He sang to great acclaim at the major opera houses of Europe and the Americas, appearing in a wide variety of roles from the Italian and French repertoires that ranged from the lyric to the dramatic. One of the first major singing talents to be commercially recorded, Caruso made approx. 260 commercially released recordings from 1902 to 1920, which made him an international popular entertainment star."