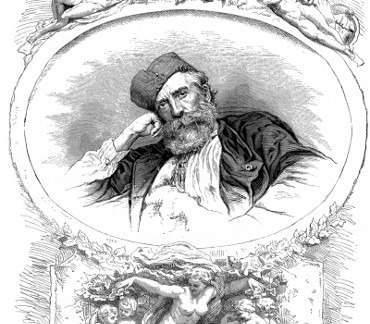 Jean-Baptiste Carpeaux was a French sculptor and painter during the Second Empire under Napoleon III. In 1861, he made a bust of Princess Mathilde, and this later brought him several commissions from Napoleon III. Then in 1866, he established his own atelier in order to reproduce and make work on a grander scale. In 1866, he was awarded the chevalier of the Legion of Honour. His major work, The Dance, commissioned for the Opera Garnier in 1869, features several nude figures in a wild and boisterous dance and was criticized as an offense to common decency.