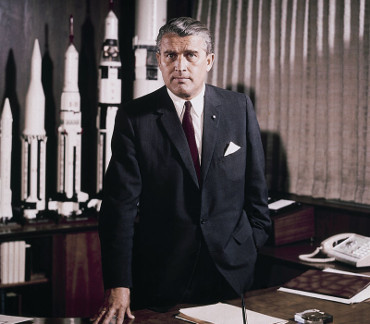 "Von Braun was one of the leading figures in the development of rocket technology in Nazi Germany, where he was also a member of the Nazi Party and the SS. Following the war he moved to the United States, where he developed the rockets that launched America's first space satellite and first series of moon missions. NASA has called him the ""Father of Rocket Science"". Under NASA he served as director of the newly formed Marshall Space Flight Center and as the chief architect of the Saturn V launch vehicle, the superbooster that propelled the Apollo spacecraft to the Moon. According to one NASA source, he is, ""without doubt, the greatest rocket scientist in history""."