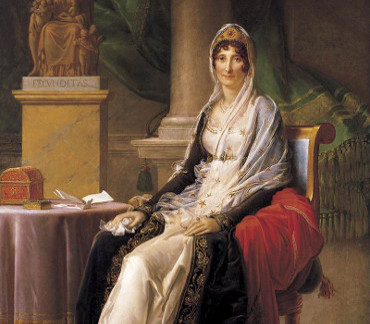 "Letizia was a harsh mother, and had a very down-to-earth view of most things. When most European mothers bathed children perhaps once a month, she had her children bathed every other day. Letizia spoke Italian and Corsican and never learned French. When she was 35, her husband died of cancer. She was decreed ""Madam, the Mother of His Majesty the Emperor"" (Madame Mère de l'Empereur), Imperial Highness, on 18 May 1804 or 23 March 1805. Napoleon paid her 25,000 francs a month. In 1814 she shared Napoleon's exile in Elba, where he treated her fondly. After 1815 she moved to Rome, where she died in 1836."