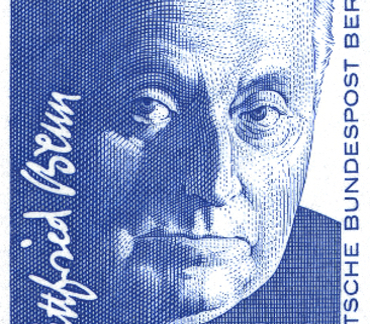 Benn had a great influence on German poetry immediately before World War I (as an expressionist), as well as after World War II (as the 'Static' poet). He began his literary career as a poet when he published a booklet titled Morgue and other Poems in 1912, containing expressionist poems dealing with physical decay of flesh, with blood, cancer, and death. His poetry projects an introverted nihilism, that is, an existentialist outlook that views artistic expression as the only purposeful action. In his early poems Benn used his medical experience, often using medical terminology, to portray humanity morbidly as just another species of disease-ridden animal.