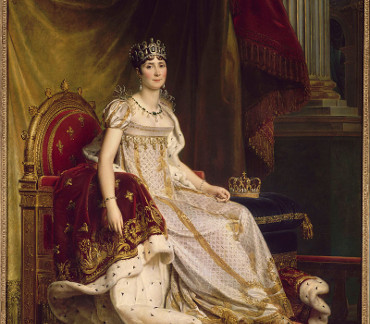 Her marriage to Napoleon I was her second; her first husband Alexandre de Beauharnais was guillotined during the Reign of Terror, and she herself was imprisoned in the Carmes prison until five days after Alexandre's execution. Her two children by Alexandre became significant to royal lineage. Through her daughter, Hortense, she was the maternal grandmother of Napoléon III. Through her son, Eugène, she was the great-grandmother of later Swedish and Danish kings and queens. The reigning houses of Belgium, Norway and Luxembourg also descend from her. She did not bear Napoleon any children; as a result, he divorced her in 1810 to marry Marie Louise of Austria.