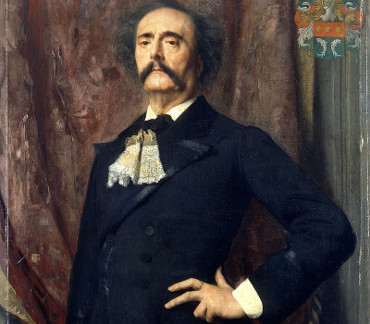 Barbey d’Aurevilly was a French novelist and short story writer. He specialised in mystery tales that explored hidden motivation and hinted at evil without being explicitly concerned with anything supernatural. He had a decisive influence on writers such as Auguste Villiers de l’Isle-Adam, Henry James and Marcel Proust. His greatest successes as a literary writer date from 1852 onwards, when he became an influential literary critic at the Bonapartist paper Le Pays, helping to rehabilitate Balzac and effectually promoting Stendhal, Flaubert, and Baudelaire.